I don’t think that anyone is unaware of what Facebook is. Even my Dad who just recently got a cellphone (yes, really!) is aware of the social networking giant. A week ago, I made the decision to remove Facebook from my life. WHAT? A blogger? Remove Facebook? I decided to remove it for a few reasons, the first being I was simply sick of the updates, terrible new mobile apps, and crappy interfaces. At first, I was just annoyed at all of the changes, but then I really started to look at the purpose of Facebook itself. To connect with friends. For me, Facebook became a collection of people rather than a means of connecting with people. The final straw for me was drama and the ease at which your business gets spread across the network like wildfire. Being a teacher, I never posted anything that was considered to be inappropriate, nor did I have my privacy settings weak enough to let everyone know what I had for breakfast. Truth me told, I got sick of being so “connected.”

One of my best friends has never had a Facebook. In fact, she has an e-mail address and a blog, and that’s all. She is a writer and has been able to network with agents successfully while having a trimmed down presence online. I took the initiative from her, and from one of my students who also removed Facebook from her life entirely. So without further ado, I made Keith the administrator of our radio show page on Facebook and deleted my account. In another 7 days I will be erased as if I never existed on their servers. I e-mailed family members with my cell phone in case they didn’t already have it and encouraged them to call, text, or e-mail me if they needed to contact me. The most interesting part of all of this is the people I see on a regular basis (and the people I deem as close in the flesh friends) didn’t even realize I had deleted my account. Why? Because they are able to interact with me on a regular basis OUTSIDE of the online realm. With 7 days under my belt of being Facebook free, I feel a mixture of both alienation and happiness. No, I didn’t get a chance to see the picture my cousin’s dogs dressed up for Halloween, but I’ll get to see them in two weeks for our family’s Halloween party! Yes, I might miss out on the Facebook invite to my friend’s 30th birthday party, but I knew about it BEFORE the invite went out online. What I’m saying is, if you’re doubtful about deleting Facebook because of missing out on things, don’t. I was concerned at first, I admit it, but if they are your friends (as my very, VERY wise student said), you’ll know about what’s going on.

In no way am I down talking social networking. In fact you can still find me tweeting, and google+ing on occasion. I love tumblr for finding inspiration, and Catster has provided me with amazing tips and information and the ability to communicate with other cat owners. I’m still online and connected, but I made the decision for myself that I don’t need Facebook to do it. I’d rather have my 30 friends on google+ than 350 on Facebook from high school and even some from elementary school. You didn’t talk to me then, I didn’t talk to you then–why are we going to start now? Maybe one day I’ll come back to Facebook, but for now you can find me elsewhere. If nothing else, it’s been a great conversation starter within the past week, and I daresay I’ve “connected” with more people in person in the past week than I have in the past few months. I’ll continue to update about this as I see fit, you wouldn’t believe the amount of people who have already asked me, “How did you do it??” I clicked delete. Simple. 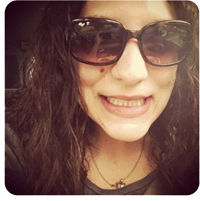 Christine is an English teacher, and writer, with a passion for health, fitness, beauty, education, and books. She's got an East Coast attitude and an addiction to nail polish. When she's not in her classroom, she also works as a Blogger and Social Media Manager of Screen Tek, Inc..

When there's no writing or grading to be done, she enjoys hanging out with her family and friends, people watching with her fiancé Keith, practicing Yoga, experimenting with baking recipes, and preparing for the Zombie Apocalypse. On occasion, she gets a chance to read for fun. 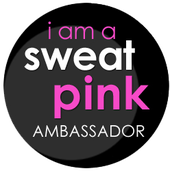