I had a weird craving for pumpkin ANYTHING the other day. Probably because I’m really missing the holiday season! However, I’m allergic to Ginger (bummer…not), so come October, I really can’t partake of the pumpkin party that everyone else gets invited to. Pumpkin pie spice is just as guilty, so I had to master my own concoction of fall flavor spices so I too could participate in the fun. I may be biased, but I think these pumpkin breakfast muffins beat out anything Starschmucks or Pantera Bread could try to offer me. Added bonus? These babies are only 160 calories and have loads less sugar (again…experimenting is a necessity) than the chain bakeries in the area. Guilt free? Allergen free (for me, at least–you betcha!), and full of flavor? Would I lie to you? 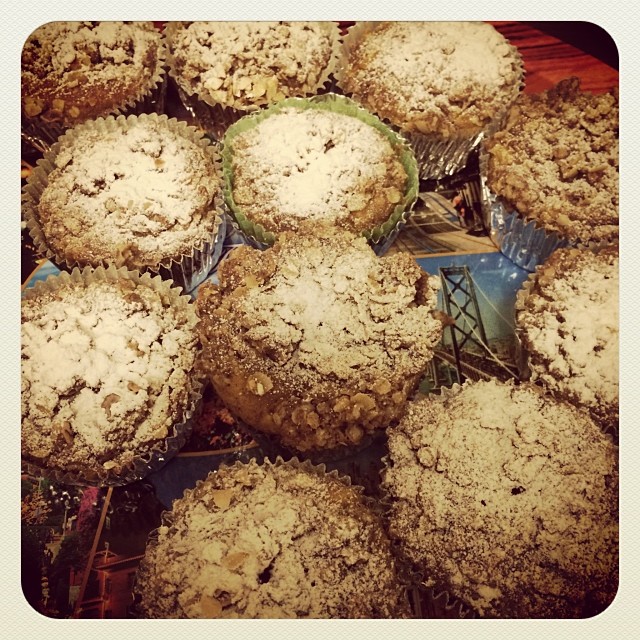 Last year I partnered with the lovely Leah ofÂ Awesome BarsÂ to provide you all with a tasty giveaway. This year, we’re doing it again! In honor of 2014, fresh starts, and whole foods we’re giving away ONE 6-bar variety pack which will include:Â Blueberry Almond, Cranberry Trail Mix, Cherry Almond, Salty Peanut, Coconut Pecan, and Apricot Walnut. Can you taste the awesome-ness yet? 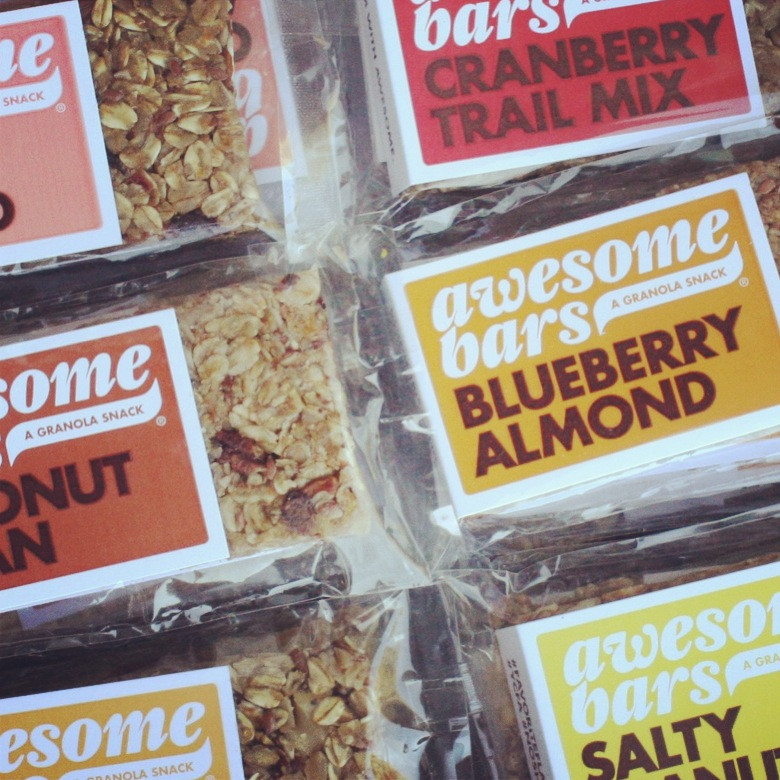 I love this company for many reasons. They have a great philosophy on whole, natural foods and they care about the product they are creating. Even the wrappers are compostable! With their real, organic ingredients you can be assured that you’re getting a delicious snack that makes you feel good inside and out. So, good luck! May the delicious-ness come your way soon.

My fitness journey has been an ongoing process since 2007 when I first lost 50 lbs, but with moving, finishing grad school, and working a new job (and some side freelance gigs, too!) my fitness suffered for some time. I still had my trusty gym membership, but I felt like I needed something more. Enter December 2013, TashinaÂ (who I’ve known longer than just this past month), and theÂ Tone It UpÂ Love Your Body Challenge. 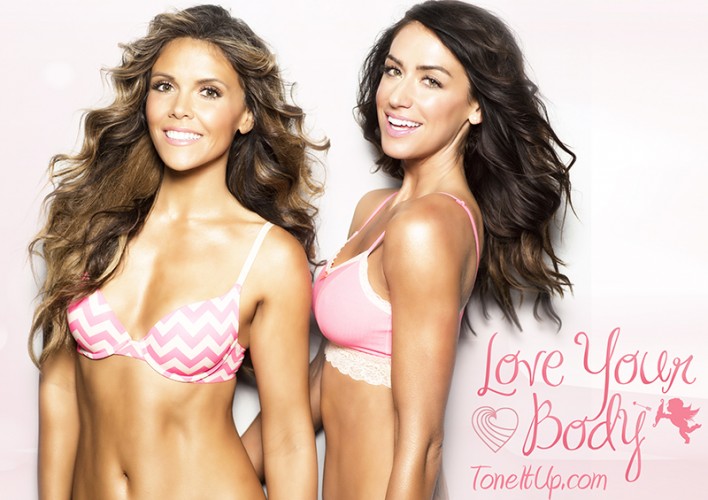 The Love Your Body Challenge started on January 1 and ends on February 14, just in time for Valentine’s Day. I started on January 1 and am continuing to do my regular gym routine with the Tone It Up workouts and the schedule that GORGEOUS trainers Karena and Katrina provide for you via e-mail, their website, and on their social networks. For example, on my schedule tonight is Yoga (my usual routine) right after my Tone It Up “Love Your Abs” workout. Each day there’s something different and fun to do and I can do them at home with my weights in my living room.

So far the workouts have been a lot of fun and it’s great to receive feedback from other Tone It Up members who have seen my Instagram and Twitter check-ins, but the following line from Karena and Katrina’s challenge post states that you, “have a hot date with YOURSELF.” Self-love has always been a challenge for me as I’m sure it still is for many women, and that philosophy is at the heart of their program. So, I’ll be continuing the challenge and posting on Instagram and Twitter, too. I’m excited to see how this will keep me motivated beyond February 14! 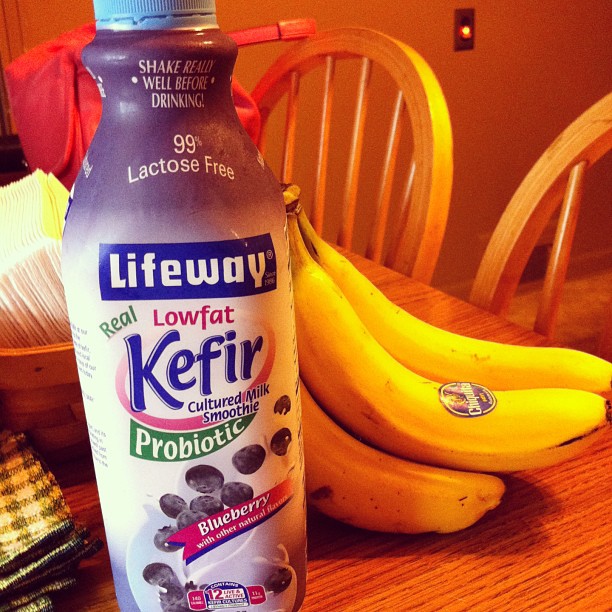 My last Voxbox was kind of a bummer, so I was pumped when I found out I not only qualified for the next program at Influenster, but that was also something I could eat.

What can I say? Food makes me happy. So my coupon and voucher for Lifeway KefirÂ arrives in the mail and I’m automatically on my way to ShopRite, prowling the dairy aisle, awaiting my newest snack. As I walked into the refrigerated section of the store on a steamy and humid July afternoon, I was met with a variety of flavors and colorful bottles. I love colorful packaging and this looked fun right from the get-go. I choose Blueberry and actually made myself wait until the next morning to enjoy my breakfast.

At first, the smoothie seems a bit thick, but you just really have to shake it up well. I loved how blue it was and I loved the bubbly texture (think gentle soda?). I also enjoyed the flavor. For me, blueberry can either be awesome or it can have that fake after-taste and this did not have it at all. It was delicious and tasted like WHOLE blueberries, not concentrated junk with artificial colors and flavoring. It’s also lactose free, which is great for Keith (he’s a little wary about trying anything that looks “different” though, heh. Now, let’s go deeper!

What is Kefir? Well, here is Lifeway’s description:

The drink we now call Kefir (it is sometimes pronounced Kee-Fur) originated in ancient times when Eastern nomadic shepherds discovered that fresh milk carried in leather pouches would occasionally ferment into a deliciously effervescent beverage. Once the accidental process was discovered, this bubbly refresher became popular throughout the known world. It is thought to originate from the Turkish word â€œKeifâ€ meaning â€œgood feelingâ€, for the sense of well-being experienced after drinking it.

I like the history, I like the natural means of its creation, and I love the general positive outlook that the entire website projects to its consumers. This company seems like a company “for the people” (shut up, I know that’s mostly an oxymoron) which makes me want to buy the product. So…I did! I finished my blueberry Kefir and now have a delicious Madagascar Vanilla flavor and I used my $1.00 off voucher for it the second time around. At the end of the day if you can use a free voucher, save money, and get a tasty dose of Probiotics you’re winning. #LWaySummer

***”I received these products complimentary fromÂ InfluensterÂ for testing purposes. All opinions are my own!”

I’ve been contemplating for a long time how to begin and work through this post. Weight Watchers has been a part of my life since I began my journey in 2007. I had a dedicated section to weight loss on my blog, I then moved it to a separate tumblr fitblr, and now it’s virtually nonexistent on my current blog. Sure, I talk about Yoga, and I take photos of myself, and post my food, but I don’t talk about weight so much anymore. Or, at least I’m trying not to. I guess I’ll start at the beginning of this turbulent break-up and what lead me to the lifestyle I’m trying to live now.

That’s me, right now, taken five minutes before publishing this post. I don’t know what I weigh currently, but I do know that these jeans tell me I’m a 6 whereas my favorite pair of black dress pants in my closet tell me I’m a 10, and my go-to shorts from Hollister tell me I’m a 7.

It started with me attending my regular Weight Watcher meeting in May of this year. My best friend Kathleen took me out for lunch and I enjoyed Olive Garden soup, salad, and breadsticks. I ate two and wanted more, but I didn’t allow myself to have anymore because I had to weigh in. The next day I gained when I weighed in. I typically weighed in on Saturday mornings, but that meant I had to plan my dinner on Friday nights. If we went out to eat on a Friday night I would choose a salad, eat half, and go to sleep hungry. If I lost the next morning, it was because I was “good.” If I gained, it was my fault. As I continued to have to eat dinner later because of a new job, I started obsessing about my meals and I was sick of it! I was sick of having to go somewhere and dictate what I ate when based on an arbitrarily chosen weigh-in day, but what drove me to break it off was a leader who embarrassed me.

She was NOT my regular leader, and she asked the group about our “goal” for the week, since the new program boasts goal setting for each week of the month. I raised my hand and explained that I am working on the same goal this week (it was to not snack at work). She replied with, “well, if you keep working on the same goal and FAILING, shouldn’t you choose something else?” I snarked back and asked her why she assumed I was failing instead of reaffirming, and she was quiet, but I was hurt. Once a golden child of the WW meeting room, I was thrown down a peg as I watched others get rewarded for “being aware of their over eating and gaining” for the FOURTH WEEK IN A ROW. I was done.

My good friend broke it off with WW and I soon followed suit and stopped weighing myself, going to meetings, and tracking every little thing I put in my mouth. Am I the “happy” little 135 I was last summer? No, but I’m also a different person. I’m now a nonsmoking runner and yogini who spent the last couple of months buying a home and, now, moving in. I don’t have TIME to track everything I eat because I’m now LIVING MY LIFE based on the principles I learned at WW, but I am no longer dependent on them. Was this easy? No. It’s still a battle every day, but I’m learning to prioritize. At 20 years old and 187 pounds, I needed WW to be my priority. Now, at 26, and at “some healthy weight”, I have other priorities, and one is to be good to myself. Unlike my 20 year old self, I know how to eat to live and how to use food for fuel and those skills from WW are truly indispensable.

I have a myfitnesspal app on my phone that I sometimes use, but I try not to freak if I don’t use it. I still have a scale, but haven’t stepped on it in about three weeks which is a record for me. And though I’m not the “happy weight” I used to be, I try to be happy for other reasons and try to see myself as a whole person with goals and ambitions other than maintaining a weight based on one day out of the week. Rebecca Seed, a Yoga teacher and writer on mindbodygreen inspired me with her post “So Long, Scale” and though, like her, I have a doctor’s appointment coming up where I will be weighed, I am planning on asking for the nurse to not tell me the number and to just let me have my peace of mind as I continue on yet another mind/body journey. 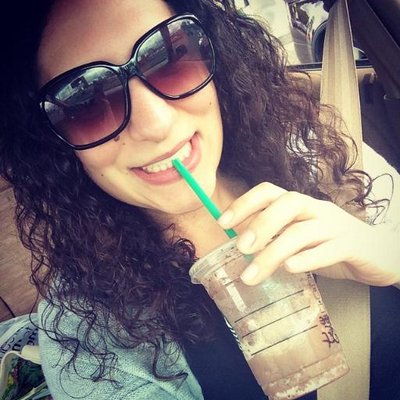 Christine is an English teacher with a passion for good books, vegetarian recipes, hot yoga, and cruelty free cosmetics and household products. She’s an East Coast lady who lives for cider & scarves in the Fall and thick, fuzzy socks in the winter. In 1990, she left her heart in San Francisco, and longs for the chilly nights and foggy mornings that the city offers. When Christine isn’t teaching she’s attempting to master the Scorpion Pose and trying to get her fiance, Keith, to try Tempeh. 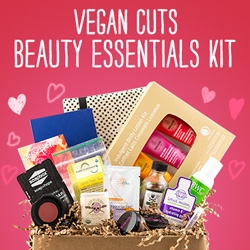 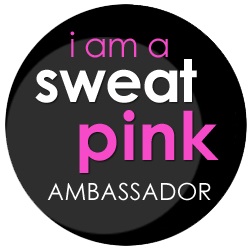